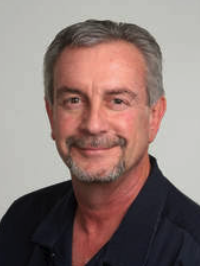 With all that has been happening in our nation, it eventually becomes very easy to allow our attention to be diverted back to what we call “normal.” Unfortunately, “normal” often means life without God and without a dependence upon Him in prayer. I believe it is vital for us to hold on to our first response – – the response of prayer.

The Church desperately needs to both issue and respond to a new call for extraordinary prayer. Extraordinary prayer goes beyond the normal expectations of the past. It is prayer that can bring God’s power to bear on a whole new world facing us–a world of uncertainty, fear and war.

The Bible records times of extraordinary prayer like this. One good example occurred in the Book of Esther. The crisis there concerned the lives of every Jew held captive in Babylon. A decree had been issued that would result in genocide for the Jews. Queen Esther was going to risk her life by going to the King on behalf of her people; however, before she went, she called her people to three days of prayer and fasting for her mission. Extraordinary prayer brought about extraordinary deliverance.

The Book of Ezra gives another good example of extraordinary prayer. Ezra was preparing to lead a group of the exiles back from Babylon to Jerusalem. The king had even offered troops for protection on the perilous journey. But Ezra had refused the troops, pointing out that God Himself would protect them. As the people gathered, Ezra began to realize how dangerous the trip would be and that they should not merely presume upon God’s protection. So he called the people to humble themselves and pray and fast over the journey. God heard their prayers and gave them safe passage to their destination.

There are many examples of this in more recent history. The great British preacher, Charles H. Spurgeon, was used by God to bring many into the Kingdom and in the process, a large church was built in London. He challenged his people to extraordinary prayer if they wanted to see God’s hand at work in their church. He wrote, “Dear Friends, we do not know what God may do for us if we do but pray for a blessing of the Holy Spirit… Have we not tried to preach without trying to pray? Is it not likely that the church has been putting forth its preaching hand but not its praying hand? O Dear friends! Let us agonize in prayer, and it shall come to pass that this Music Hall shall witness the sighs and groans of the penitent and the songs of the converted. It shall yet happen that this vast host shall not come and go as now it does, but little the better; but men shall go out of this hall praising God and saying–It was good to be there; it was none other than the house of God, and the very gate of heaven. This much to stir you up to prayer.”

In the United States, the revivals known as the Great Awakenings came in response to Christians gathering for extraordinary prayer. Often called “Concerts of Prayer,” God used these times of prayer to bring awakening to His people. Robert Bakke in his wonderful book, The Power of Extraordinary Prayer writes, “It (the Concert of Prayer) was born out of convictions that say with certainty that, regardless of how bright or dark the hour we live in, God is about to do something greater than He’s ever done before. Furthermore, it said that God would not move forward with His ever-increasing and ever more marvelous plans until Christians agreed with Him and agreed with each other about what He was going to do. A great and lucid vision of Christ’s earthly reign was before their eyes–with every nation, people, tribe and tongue united as one company before the throne of God, Christ the Son, and the sevenfold Spirit. It was a compelling vision that would not let Christians rest or let go of God until the rule of God held sway in every aspect of life.” (Pg.133)

We are living in times that are not “normal.” What has been normal for us in our prayer life and experience of Christianity will not suffice for this hour. God is calling us to extraordinary prayer! How will you respond?

Dave Butts is the chairman of America’s National Prayer Committee and the co-founder and president of Harvest Prayer Ministries. His popular prayer guide, Asleep in the Land of Nod has been used by hundreds of churches to help their congregations pray for revival.

GUEST POST: #ReimaginePRAYER...Pray for a Business in Your Community

John Piper, theologian, pastor, and author, tells how George Muller, the prayer legend of the 19th century, said that for years he tried to pray without starting in the Bible in the morning. Inevitably, his mind wandered. He said his prayers were weak and powerless.

Then he added the habit of using the Bible in prayer, and turned the Book into a prayer manual as he read, and for 40 years he was able to stay focused and powerful in prayer.

Piper then notes, “I have seen that those whose prayers are most saturated with Scripture are generally most fervent and most effective in prayer. And where the mind isn't brimming with the Bible, the heart is not generally brimming with prayer.“

Our first Wednesday email of the month has a focus to help facilitate prayer that you can use for your business, community, city, and country.

3. Pray for unity between believers in every sphere of culture. Pray that walls of theology, doctrine and practice will come down. Pray for offenses to be forgiven. Pray for love to grow and flow in us and through us making us one with Christ (John 17:21-23; Psalm 133:1-3; Acts 4:24).

4. Pray for those that are unbelievers, or believe but have wandered away, or have been offended by Christians, to be visited again by the love of God whether through dreams, visions, friendship, or something they see, hear or read (Acts 26:18; Romans 10:1; Galatians 4:19; 2 Peter 3:9).

5. Pray for relationships. Pray that Jesus will heal, restore, and strengthen every God-designed friendship, partnership, and family (Romans 15:5-7; Malachi 4:5-6; Joshua 24:15).

6. Pray for your local, state and national government that they will honor God and be given wisdom and serve with integrity, justice and mercy (1 Timothy 2:1-2; Romans 13:1; Micah 6:8).

May the Lord bless you as you partner with Jesus to be a house of prayer for all nations.

Your prayer partner in Christ’s love,

When it is difficult or seems "impossible" to pray; to talk conversationally with God - -

...but to let God attach truths to the term the Spirit has given you to think about, to ponder.

This takes a discipline our on-the-go prayers do not develop in our prayer life
"Be still (cease striving) ... and know."
“Surrender your anxiety! Be silent and stop your striving and you will see that I am God”. Surrender your anxiety. We are called to surrender our anxiety and just be still before the Lord so that we may learn and see who He really is." Psalm 46:10
Phil Miglioratti
The Reimagine.Network
#reimagine-files,
Read more…

There exists a certain degree of hypocrisy among us. What I mean is, without qualms, we condemn the world for not being Christian, yet without remorse we accept we are not Christlike.

I am not saying we shouldn't cry out against evil; sin exists and we must reprove it. However, at some point we must recognize there is more to our destiny than judging sin. God is looking for the perfection of mercy within us. "Mercy triumphs over judgment" (James 2:13), and to follow Christ is to walk the path of mercy toward full redemption.

Recall the words of Paul. He tells us to "have this attitude in yourselves which was also in Christ Jesus" (Phil. 2:5). He goes on to explain that Christ existed in the form of God, yet He emptied Himself, took the form of a man, and died for our sins. In other words, He saw the need, but instead of condemning man, He died for man. Paul says we are to have this same attitude in us.

I do not want to be a typical American Christian. I am hungry for more. I want to "grow up in all aspects into Him who is the head [of the church], even Christ" (Eph. 4:15). Our call is to attain "the measure of the stature which belongs to the fullness of Christ" (v. 13).

Jesus said, "As the Father has sent Me, I also send you" (John 20:21). As Christ was sent into the world to pay the price for sin, so in following Him we become a society of redeemers. When wounded, we forgive; when forced to go one mile, we go two. We bless those who curse us and turn the other cheek to those who strike us. As Christ hung on the cross at Calvary and prayed, "Father, forgive them" (Luke 23:34), so we stand before God, and on behalf of our sinful world, we pray the mercy prayer as well.

I am convinced that the more Christlike the church becomes, the greater will be the backing of Heaven. The more we become a society of redeemers, the more hope we have to see our nation turned back to God.

Adapted from Francis Frangipane's ebook, Spiritual Discernment and the Mind of Christ available in ebook format at www.arrowbookstore.com