"These things I have spoken to you, so that in Me you may have peace In the world you have tribulation, but take courage; I have overcome the world....John 16:33 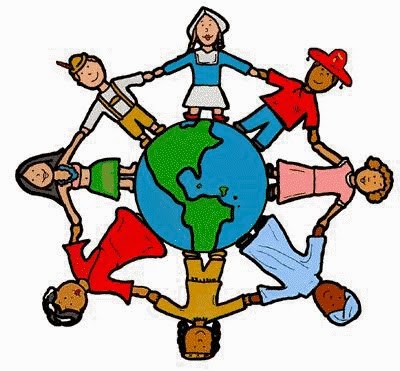 Father, oh Most Merciful and Compassionate God, Your children in far away lands are united in one thing - their love for Christ. This Love compels them to stand strong as their persecutors in the lands of the pagan religions of the Middle East, Asia, the Far East and the atheist countries of socialism oppress them. Lord our spiritual hearts and minds grieve for our brothers and sisters who are in constant tribulation and trials, sometimes by literal fire, but You are removing the dross now even as we pray.

Lord, even as they cry out in their pain and suffering, even as they plead for mercy and some human decency from the hoards of hell, let loose for over 1400 years now by those who follow moon gods, 300 millions non-existent idol "gods" or no god, You constantly hear their cries around Your Throne. You hear them because their pleadings and prayers have come before You rising as bowls of incense, as our High Priest Jesus intercedes for them and us.

We pray for Your saints persecuted in Nigeria as their schools and villages are burned down, and the world stays silent in the face of this evil. We pray for Christians in the old Bible lands of Nineveh (Mosul), Iraq, Syria, Lebanon and others in between the land of the Levant, that You deal with those who abuse Your people, in Your own way, in Your own time. We pray for those in the lands of India where You sent the Apostle Thomas and the millions there are told to convert to the hinduism and its idolatry or else. We pray for our brethren in China, whose millions now outnumber the godless and evil communist party in power there for over 60 years.

May their tears become like a river of life to those of us in the west who pray for them who pray for their courage and boldness to hold up in the face of this rampaging evil. Lord, on behalf of these tribulation saints, we claim Your promise and Your exhortation, Lord Jesus that You have not only overcome the world, the god of this world, the systems of this world and the persecutors of this world who are unknowingly storing up wrath for themselves, but You give freely to those who seek favor, courage, mercy, love, hope, conviction and faith. We pray this day for all of that, from the Throne of Grace to those being constantly refined in the fire and for those of us, who have it within our power to pray and help, and yet stay silent or worse. We pray and ask and bow down before Your Throne, in Jesus' Strong and Mighty Name, amen.

Sometimes we’re on the brink of our breakthrough, but something is holding us back. Can you relate?

After Moses’ death, Joshua found himself on the banks of the Jordan River, overlooking the Promised Land on the other side. God was telling him to take the Israelites over the river and into their destiny—but there was a problem.

Forty years earlier, Joshua had been one of the 12 spies sent to view the Promised Land before the Israelites entered (Numbers 13 – 14). The spies all gave a glowing report about what a wonderful land it was, but 10 of the spies said there were fierce enemies and “giants” in the land. It was much too dangerous to risk entry, they warned.

Joshua and Caleb were the only spies who said the Israelites should obey God and trust Him to give them the land. But their report was rejected, and more than a million people chose to wander in the wilderness rather than enter the Promised Land.

Now Joshua had come full circle, right back to this place where he had boldly proclaimed God’s provision—but where he suffered an agonizing and humiliating defeat when his message was rejected. Forty years had passed, but he still was traumatized by the memories.

Perhaps you find yourself in a similar place. You are on the brink of the Promised Land. You have tasted its fruit before, and you know it’s an incredibly good land. Yet you also remember the painful experiences associated with this. Fear and apprehension rise up within you when you consider the prospect of taking a step of faith to cross over and face the giants.

God has brought you to this place, not so He can torment you, but so He can heal you. He is telling you, just as He told Joshua,   (Joshua 1:9).

You’ve the Promised Land before, and here you are again—right on the brink. The Lord has brought you full circle so you can face your fears and find your destiny.

You are SO close, and you can succeed this time. Don’t let anything, or anyone, hold you back. I’m convinced the call toward your future is stronger than the tormenting chains of your past.

God woke me up early this morning with a very challenging, yet encouraging, message on my heart: “I’m looking for a return on My investment.”

If you’ve spent any time in the business world, you are familiar with this principle. Those who invest money in a business venture don’t do so just for altruistic reasons—they expect their investment to grow and give them a return. This “Return On Investment” is commonly abbreviated ROI.

God loves us. He wants to meet our needs. He’s a generous Heavenly Father who loves to bless His children. But make no mistake about it: God is an investor.

Take another look at the Parable of the Talents in Matthew 25:14-30. The master was a businessman. He distributed his resources to his three servants in differing amounts, but he expected each of them to gain a ROI.

You see, the master was an investor, and he expected his servants to understand that fact. He wanted them to be investors too, gaining an increase on what they had been given.

Let’s understand this clearly: The master didn’t want his servants merely to be CONSUMERS or HOARDERS. He expected them to be profitable INVESTORS.

Two of the three servants in this story got it right. “The servant who received the five bags of silver began to invest the money and earned five more” (v. 16 NLT). According to The Message, this servant “doubled his master’s investment.” This was an impressive 100% ROI.

Sadly, the third servant was a hoarder. He wanted to play it safe, so he merely buried his allotted resources in the ground. When the master returned, this man proudly told him, “I found a good hiding place and secured your money. Here it is, safe and sound down to the last cent” (v. 25 MSG). At least this servant hadn’t consumed everything he had been given, as some of us might have done.

But instead of being impressed, “The master was furious” (v. 26). He had expected the servant to exercise some faith, take some initiative, and gain a ROI.

I saw this principle at work when I inherited some money several years ago. Wary of the fluctuations of the stock market, my first thought was to just put the money in a savings account at the bank, where my inheritance would be safe. But my banker called me one day and confronted me on this. He pointed out that the rate of inflation was higher than the interest rate on my savings account. So my “play it safe” strategy was actually losing money every month.

God has made a huge investment in His people. He gave us His Son and, with Him, everything else we could ever need (Romans 8:32). He promises to bless us, but in turn He expects us to BE a blessing, so that His name and fame are spread throughout the earth (Genesis 12:1-3).

Perhaps you don’t have a lot of money today, but that is not the point. The third servant may have tried to excuse his hoarding by the fact that he didn’t have as much to start with as the others.

The question isn’t what you don’t have, but rather this: What are you doing with the money, time, talents, relationships, and resources you do have? As God is challenging me, let me ask you today: What has the Lord put in your hands? Whatever it may be, He wants you to use it to bless others, thereby gaining a return on His investment.

What ideas has He given you that you’ve never yet acted upon? What teachings from His Word have remained dormant in your heart, never yet implemented? What God-given dreams have you merely buried in the ground?

It's time to ask God to give us His strategies for increase--and then obey what He tells us!