Half of the population of these FPGs is concentrated in 31 groups - totalling nearly 900 million people.  God once said of Nineveh, "should I not have concern for the great city of Nineveh, in which there are more than a hundred and twenty thousand people who cannot tell their right hand from their left" (Jonah 4:11).  How much more do you think he's concerned about 900 million people without any realistic chance of hearing the Gospel before they die?

Pray for the 31 is a movement to inspire and equip prayer for these 31 key FPGs.  Check out the site for more information or to order a prayer guide!  There's also a downloadable PDF. 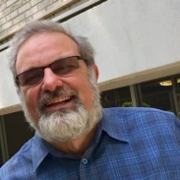 Please Review This Site ~ Leave a comment, an observation of how it is applicable to your ministry, an explanation of services or resources . . .