(With thanks to Glenn Barth and Reggie McNeal of GoodCities)

[Note: BOLDED text responds to the question, "Why reimagine cities?"]

Why: The Epic Story Behind What We Do At GoodCities 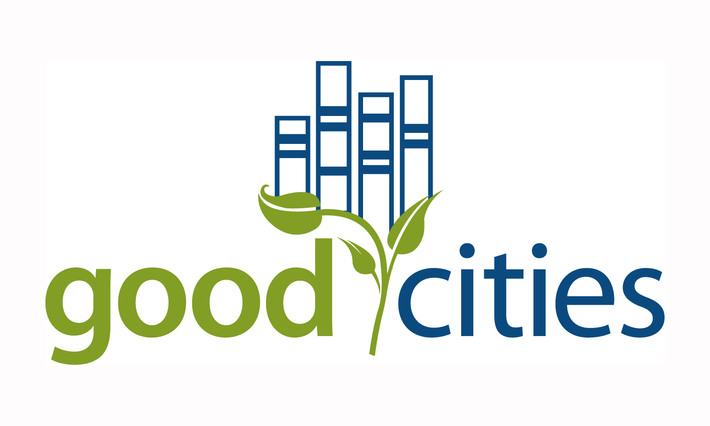 Why do we do what we do at GoodCities?

The simple answer is we believe Jesus was serious when he instructed his followers to pray that the kingdom of God would come, that God’s will be done on earth as it is in heaven.

We believe that God’s will is that every person experience the abundant life God had in mind when he created them in his image. Life is God’s great gift. The biblical narrative reveals the epic story of what extent God has gone and will go to make sure that people have access to this life. From Genesis to Revelation we see that this kingdom saga is God’s primary mission on earth. The Bible opens in a garden setting where the Tree of Life stands at its center. When Eden disintegrated God sent an angel to stand guard over it so that it is not lost. The last book of the Bible previews the City of God, where the river of Life flows through its center, flanked on both sides by trees of Life that never go out of season (pointing to eternity).

In between primordial creation and the eschaton, God wrapped himself in flesh and
came to the planet to engage life through human existence and in a historical setting. Jesus came not only to teach about the kingdom of God (the four gospels record over 90 references to this), he came to demonstrate the kingdom. He lived the kingdom life in every aspect, from what he talked about to what he did. He addressed the entire bandwidth of human concern – spiritual issues along with physical, emotional, and relational health. In a remarkable claim, Jesus declared that he is life! He further states that he came to give us life – abundant life. His life, death, and resurrection left no doubt about his determination and ability to deliver on that promise.

Sadly, not every person experiences the abundant life that God intends for them. A usurpation, a rebellion against God’s kingdom, has spilled onto planet Earth. This kingdom of anti-Life works to diminish the life God created. Jesus took the Usurper head-on; Jesus’ followers join this epic conflict as kingdom agents, battling to take back what Hell has stolen.

The good news is that Jesus has promised victory, promising that the gates of Hell will not be able to withstand the advance of God’s kingdom.

So the battle rages. Individual acts of malice and hate, coupled with institutionalized principalities (racism, generational poverty, etc.) rob millions of people of their God-intended life.

This is where GoodCities comes in.

We serve as kingdom catalysts in three primary ways. First, we love to challenge the body of Christ to move more intentionally to a kingdom-focused ministry agenda. Through our speaking and writing we strive to bring alignment between local church expressions and God’s kingdom movement. Secondly, we help kingdom-minded leaders discover the needs of their community and learn how to engage city leaders in addressing those needs. We do this through our “Discovery and Engagement” process, which is designed to identify and catalyze general and latent motivations into specific problem-solving energy. Thirdly we help local leaders develop cross-domain collaborative initiatives that move the needle on targeted issues.

We turn aspiration into results that impact communities for good.

We engage in these efforts because we believe helping to improve the lives of people is kingdom work. The scope of our work is as broad as God’s concern for humanity. It extends to the spiritual, emotional, physical, and economic well-being of people. That’s why we have been engaged with projects involving job creation, food challenges, education and literacy, racial reconciliation, community access to healthcare, mental health issues to name a few project areas. In every case we strengthen the church in the city, positioning the people of God as champions for abundant life. Our work primarily engages Jesus-followers and local church
leaders, but our kingdom orientation leads us to work with all people of good will who want to better their communities. Whether they realize it, they serve as co-conspirators with God in his kingdom expansion. And God’s people, as viral kingdom agents, serve as salt and light as they work shoulder-to-shoulder with their neighbors, ready to answer for the hope that motivates us.

This hope is not just wishful thinking. It is our certain conviction that we are partnering with God in his redemptive mission in the world: his kingdom come. This is why we do what we do. We can’t imagine doing anything else!