PHIL >>> Robert, how did you come to set "ministry" as the driving purpose of the Church? ... And how would this be a game-changer for most pastors and congregations? 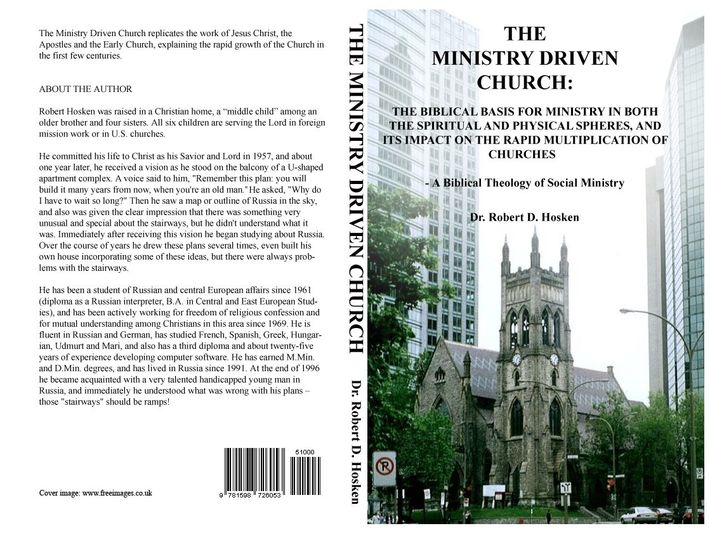 ROBERT >>> After reading Rick Warren's book "The Purpose Driven Church" (he wrote a nice recommendation for my book), I decided to reimagine that title. The word "ministry" in Greek is "diakonia" and of course the first seven "diakonoi" - deacons (Acts ch. 6) were selected to share the load of practical ministry with the Apostles because the Apostles alone couldn't keep up with the Church's growing so rapidly (v. 1). The result was: "Then the word of God spread, and the number of disciples multiplied greatly in Jerusalem" (v. 7b). This shows us that practical ministry to widows and orphans, the poor, lame, maimed, and blind, was the key ingredient to rapid church growth. My book "The Ministry Driven Church" is my D.Min. dissertation on this theme.

PHIL >>> Before inserting ministry as the central role, what would leaders need to "re-place" or reposition?

ROBERT >>> Some of my later research shows that the church expanded greatly because it built hospitals, orphanages, and old folks homes and staffed them with Christian doctors who were often also priests, Christian nurses and other staff (see "HEALTH AND HEALING IN BYZANTIUM" and "Seek the Welfare of the City.") But over the centuries, especially in the last century, we have allowed these functions to be taken over by the secular state's welfare programs and socialized medicine. So in order to grow again, it must be relevant to society: the church needs to reclaim her social ministry.

The Evangelical movement is based upon witnessing, soul winning and studying the Bible. But if the main thing is just to get people saved from sin and on their way to heaven, why didn't Jesus, right after His baptism when John said: "Behold, the Lamb of God Who takes away the sins of the world!" - go immediately to Calvary, be crucified and rise from the dead? NO! There's more to salvation than just going to heaven. "Salvation" is "soteria" in Greek and it has the dual meaning of healing as well as going to heaven. Jesus came to heal body and soul. In my role as editor of a revision of the Russian Bible and producing a harmony of the Gospels during our 17 years as Evangelical missionaries in Russia, I studied the ministry of Jesus, the Messiah (Christ). He began His ministry by reciting in the synagogue the prophecy of Isaiah that the Messiah would heal the sick, give sight to the blind, etc. Then He spent 3.5 training His disciples: showing them how to do diakonia-ministry and then sending them out to actually do that kind of ministry. Only then did His time come to die, rise again, and go to heaven.

...How does a ministry-driven approach require us to rethink/reimagine each of these components?

ROBERT >>> The book attempts to illustrate the "semantic field" of the word diakonia by exploring many of the nouns found in the same context along with diakonia. That's the way a child learns a language, by hearing how words relate to each other in their contexts. So all of the above words are found repeatedly in the context of diakonia, thus helping us to define what that word diakonia really means. Ministry does not entail going to seminary and just learning Greek, Old and New Testament studies, exegesis, homiletics, etc. Ministry means to learn how to do what Jesus and His followers did: real hands-on diakonia.

PHIL >>> What is the role of prayer? Where does it fit into a ministry-driven system? 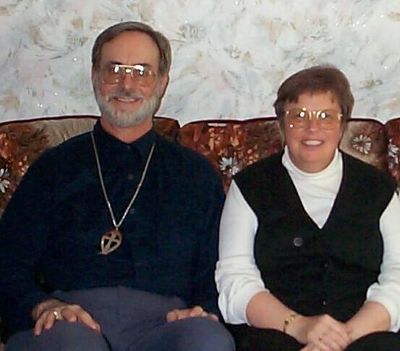 ROBERT >>> Of course, prayer is essential. Jesus, although God incarnate, had to recharge His batteries by spending many hours being "plugged in" by being in prayer with His Father. So communion with God the Father and intercession (enteuxia) for others are vital to continue plugging on in daikonia-ministry. Otherwise, we can suffer burnout or breakdown.

PHIL >>> You wrote: "Real ministry means service." And you use acronyms to make your point. Please unpack:

ROBERT >>> This was a popular acronym years ago - maybe that dates me. It stands for "What Would Jesus Do?" It helps people to imagine how Jesus would respond in our real-life situations.

ROBERT >>> This is my version of that old acronym. It stands for "What Did Jesus Do?" The fact is that we can only imagine what Jesus might do in any situation -- people can come up with wildly different answers. So we need to explore what Jesus actually did in His 3.5 years of ministry. Then we should...

PHIL >>> What more would you like to say that will challenge us to reimagine ministry?

ROBERT >>> Winston Churchill was not only a great statesman, he also had a life-long interest in architecture. He once said: "We shape our buildings, and then they shape us." We design churches as beautiful cathedrals or simple rectangles with a steeple, a meeting hall, and Sunday School rooms. They are meeting places, but seldom diakonia-ministry places. We need to re-imagine our buildings and shape them to allow us to re-shape ourselves, to be able to do diakonia-ministry. We need accessible architecture and spaces where the poor, the lame, the maimed, and the blind can be restored to the image of God by our doing diakonia-ministry with them.

26% of people in the U.S. have disabilities, the majority of them being mobility problems. We don't see them because they can hardly get out and get to church, go shopping, etc. So bring the church to them! Build accessible housing with a chapel. We need to practice agape-love, that is, Christlike, self-giving love, not self gratifying "love" - "all love is love," the lie of the devil, is simply an excuse for people's self-obsession.

We each have 168 hours in a week: subtract 40 hours for work, 10 hours coming and going to work, 56 hours for sleep, 30 hours for household tasks, leaving 32 hours of "leisure time." What if we re-imagine our use of that free time: give 10% of it, 3 hours per week, to doing actual diakonia for lonely widows who can't maintain their homes, or the disabled in nursing homes who are rarely visited by their own relatives. Doing simple things like getting a sink drain unplugged for a widow and buying her a new stopper, or bringing her a framed photo of her with her favorite grandson, or bringing some treats to a disabled person in a nursing home, singing hymns and praying with him. Just 3 hours each week! We've done such things and it re-shapes our lives. DWJD: Do What Jesus Did!

Here's how to learn about our "Agape Restoration Communities" - then scroll down halfway to see how to get a free copy of my e-book "The Ministry Driven Church."

PHIL >>> Robert, please compose a prayer that expresses our desire to implement biblical teachings that will produce a ministry-driven congregation (or team, organization, small group).

ROBERT >>> Lord Jesus Christ, Son of the living God, have mercy on me, a sinner, and re-shape me, renew my mind and transform me into Your divine image that I was created to have; re-shape and transform our churches into places for real, hands-on diakonia-ministry; in the name of the Father, the Son, and the Holy Spirit. Amen.