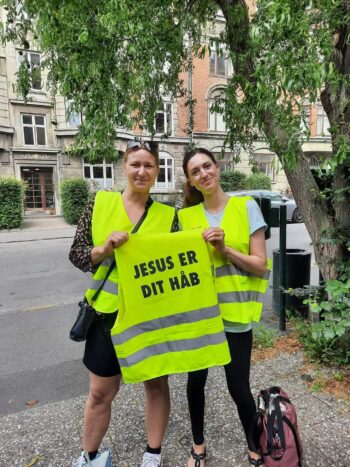 ‘Jesus is your hope’ the vests say in Danish.

René Celinder is an evangelist in the classical sense of the word. In other words, he doesn’t focus on mega churches with an expectation of receiving a love offering. He evangelizes out on the street.

René is leading an outreach in Denmark, which is in the throes of post-Christian woes like much of Western Europe. 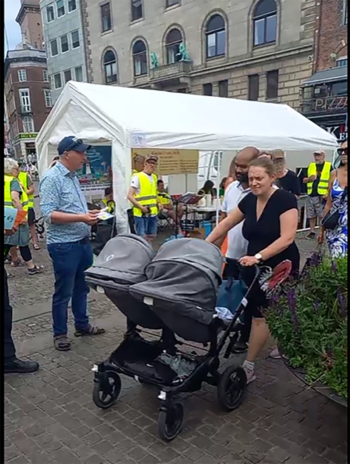 June 25 was his latest strike. One hundred evangelists hit the streets of Copenhagen dressed in impossible-to-miss yellow vests with letters that say, “Jesus is your hope.” They shared testimonies, sang songs, passed out tracts and became a visible sign that, as hard as the devil tried, Christianity is not dead in Denmark.

“The Holy Spirit was with us,” René told God Reports. “Ten or 15 people got saved. We got their number, so we can call them again. We are going to have the same event in October in another place in Denmark.” 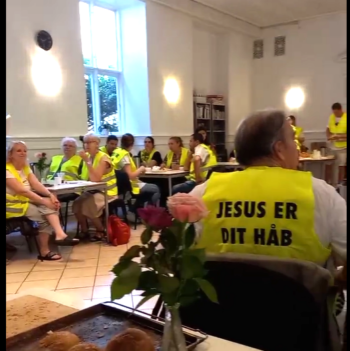 “We’re like Gideon,” René says. “Gideon was a small fighter. Gideon is the same like we are doing here in Copenhagen.”

Denmark is a tough nut to crack, René says. While mission organizations have focused on penetrating the so-called 10-40 window where Islam makes it extremely difficult to evangelize, once-Christian Europe is often bypassed.

“Everything is really bad here in Denmark,” René says soberly. “That’s why I’m calling all the evangelists to come to Denmark.” 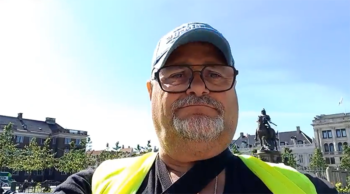 Converts are encouraged to get involved in home churches, which are more dynamic and less encumbered by religious ritual, he says.

“We’re going to give them a new start with the Holy Spirit, so the Holy Spirit can work in their hearts,” René says. “There’s no air for the Holy Spirit in the church in Denmark. They’re killing them (the new converts). It’s really, really bad in Danish churches.”

If you want to know more about a personal relationship with God, go here

Pastor Michael Ashcraft is also a financial professional in California.