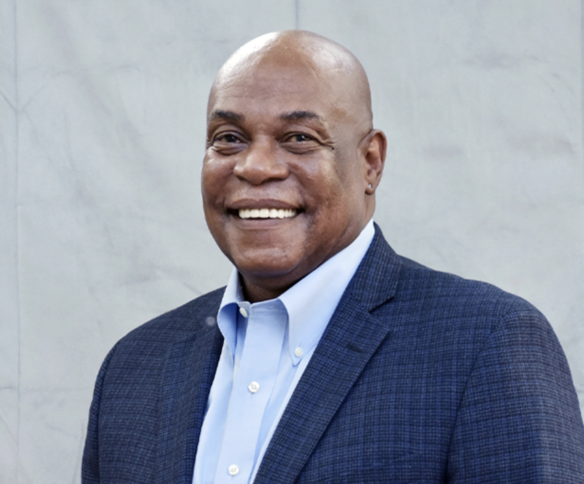 
BOB >>> We are living in an era of hate. It comes through politics, the national media narrative, social issues and even race still has us bound.
"There is a difference between devotion to a Person and devotion to principles or to a cause. Our Lord never proclaimed a cause; He proclaimed personal devotion to Himself.." Oswald Chambers​​
For the purpose of making this point, if Jesus came back to earth for one day, He wouldn't march down a street with others holding up a Black Lives Matter sign. As terrible as it is, He wouldn't stand out in front of an abortion clinic protesting. Jesus was only about the Father 's business and not causes. I am not suggesting that people shouldn't stand up for certain things but it's the anger in how people go about it (including believers). What we tend to do as believers is say that everything we do is in the name of Jesus. I would hunch Jesus would say, "don't use my name in things that I haven't blessed". Somehow we have allowed politics and other things into the pulpit.  We have a responsibility as Christ follower's to set the example for those who don't know. But we are to do it through honor not hate. We are to honor people for who they are and who Christ created them to be. Honor trumps hate and it is no respecter of color, social or economic status.


“He who is not courageous enough to take risks will accomplish nothing in life.” - Muhammad Ali

PHIL >>> What risk did you take by writing this book? And, what risk does the reader take in reading it?

BOB >>> ​It was ​not a risk as much as it was ​the ​Holy Spirit speaking to me in ways that I could speak to something by way of my own experience that required me to seek Jesus out for my own healing regarding racial injustice. ​B​eing healed of things over the years has now given me a legit platform to speak to what is right and what is truth. People have to get healed, whether you believe in Jesus or not, but particularly those of us who are believers. We need to be healed so that we can encourage others.
For the reader, it may challenge some deep issues in their own lives. My prayer has been that everyone that reads the book would be moved in some manner that gives then a different perspective of looking at things a little different​ly​. "There is nothing wrong with what was said in the book; it's just different." (RW)
For the reader I believe it's important to "learn to understand." (RW) We are so quick to defend our personal feelings about something (or a cause) that we forget to maybe examine ourselves through the eyes Christ.

"Refusing to learn the name of a person is a sign of disrespect."  Robert Whitt

PHIL >>> How does your experience in Christian ministry and your service in law enforcement interact to influence your perspective on cultural and racial issues?

BOB >>> ​O​ver the years ​I have ​learned to understand what I need to change within me. When I learned to do that through the Spirit of the Lord, then revelation came; revelation releases truth and truth allows me to speak in a way that releases a spirit of honor. Working in a governmental environment where God is not welcome, I walk as an example of Christ and doing that without preaching to people, I am able to build relationships. Once relations are built around trust, then it opens the door to speak into people's lives because trust has been built.
​ 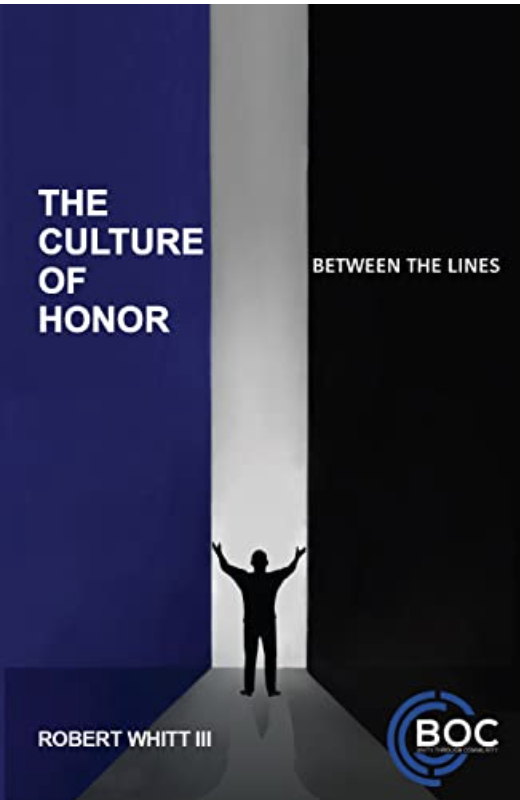 "You cannot have honor where injustice exists in the minds of the people who have been dishonored." Robert Whitt
"Hate is too great a burden to bear. It injures the hater more than it injures the hated." Coretta Scott King

PHIL >>> How can honor/honoring help us reimagine these critical issues?
BOB >>>

"Honor is not a white, black or brown thing; it is a character thing." Robert Whitt
"A culture of honor is celebrating who a person is without stumbling over who they are not." Pastor Bill Johnson

PHIL >>> You have been a bridge-builder by functioning in uncommon roles: Catalyst (ideas), Convener (relationships), Collaborator (actions), Church Ministry, Community Engagement. How can Christian servants utilize these various roles to pursue a culture of honor in ​thei​r comunities?

BOB >>> As stated in the title of my book ​"​The Culture of Honor, Between the Lines",​ ​my encouragement ​to Christian Servants ​would be to stand between the lines or stand in gap between what people feel or beleive on the left side or the right side (not politically speaking, just being on one side or the other). The Commnader of the Lord in Joshua 5:14 said, "neither", He wasn't for nor against Joshua. It's like a referee at a basketball game, a fight brekas out and the referee comes in between the lines or stand in the gap to break up the fight but they don't take a side on who was right or wrong. They make ther decions based on what is truth. In my own experince I have done a Impact Audit, meaning a perosnal examination that influences a shift in my life of surrendering to Jesus in order to be able to do what God has sent me to do that makes an impact for ​J​esus to be ​
g​lorified​.​
We have to do more than just come together and pray. We have to cross over through relationships, not based only a church connection but based on God moving relationships.  I had to do a lot of repentance and self healing. "We are drowning information, while starving for wisdom." (RW)  We need God's wisdom.
"Change is on the horizon - and honor is the impetus of that change."  Robert Whitt

BOB >>> Joshua 5:13-14 ... Joshua is clearing out the city of Jericho and he sees a man with a sword in his hand. Joshua confronts the man and says, "are you for me or against me?" The man says, 'Neither". For I am the Commander of the Lord. Joshua falls on his face and worship's Him. I believe the change has to be that we are not on either side. We are aligned to the Father and His will for us. I understand the red and blue etc. But how has that been working for us? My personal opinion ... I do believe that the former President Trump lost his second term because man (including The Church) put their trust in him. We can blame it on vote stealing etc. I wonder if we were out of God's will? I know of some Generals of the faith who had to go back and repent because they put man before God. We have to change our hearts. Using race as an example .... race is the manifestation that Satan has been able to hold over us not for for just 400 years as some people want to believe. It's been a strong manifestation since the book of Genesis. Race is not the issue. The heart is the root. We have to change our hearts.


PHIL >>> What else do we need to know to make a difference in our neighborhoods?

BOB >>> As the Church we have to stop checking the box thinking we are doing God's work for Him. My encouragement is to minister to those who need Jesus and not so much those who already know Jesus. Building disciples has more effect when building outside the walls of the church. Going across international waters is great to minister and help others but we have issues right in our own back yard. If not us who?


PHIL >>> Bob, write a prayer that challenges us to be risk-taking change makers who are Spirit-led and Scripture-fed...


BOB >>> This is what I hear Holy Spirit saying ... His Presence and Peace: Live first and foremost in My Presence. Gradually you will become more aware of Me than of people and places around you. This awareness will not detract from your relationship with others. Instead, it will increase your ability to give love and encouragement to them. My Peace will permeate your words and demeanor. You will be active in the world, yet one step removed from it. You will not be easily shaken because enveloping Presence buffers the blow of problems. This is the path I have set before you. As you follow it wholeheartedly, you will experience my abundant Life and Peace that will transform others to walk in a place of honor.